The rate of sea-level rise in the Santa Barbara region is expected to accelerate significantly in upcoming years. The Vulnerability Assessment evaluated hazards for three sea-level rise scenarios: 0.8 feet by 2030, 2.5 feet by 2060, and 6.6 feet by 2100. The 2018 State of California Sea-Level Rise Guidance prepared by the Ocean Protection Council (OPC) is currently the best available information on sea-level rise projections in the state and recommends using these precautionary and more risk-adverse scenarios when planning for structures, infrastructure, and other development that is not easily moved. The state guidance estimates that these sea-level rise values have a 0.5 percent chance of being met or exceeded by 2100 (“medium-high risk aversion scenarios”) if existing levels of greenhouse gas emission continue and are not significantly reduced (“high emission scenarios”).

The state guidance also presents much more likely scenarios for sea-level rise, including values that have a 17 percent probability of being met or exceeded by 2100 (“low risk aversion scenarios”) that can be used to design adaptable development with few consequences of being impacted (e.g., dirt trails). The state guidance also presents an “extreme risk aversion” scenario, referred to as the H++ scenario, that is based on recent scientific studies that conclude there is a possibility that sea levels could rise faster than originally anticipated due to the potential loss of large portions of the West Antarctic ice sheet. The probability of this extreme scenario is not known at this time; however, the state recommends considering the H++ scenario when planning for very critical infrastructure. Therefore, for very critical infrastructure, the Vulnerability Assessment considers the possibility that 6.6 feet of sea-level rise may occur sooner, at 2080 rather than 2100, under the extreme H++ scenario. Table 2 and Figure 1, below,  present the three state guidance sea-level rise projections. 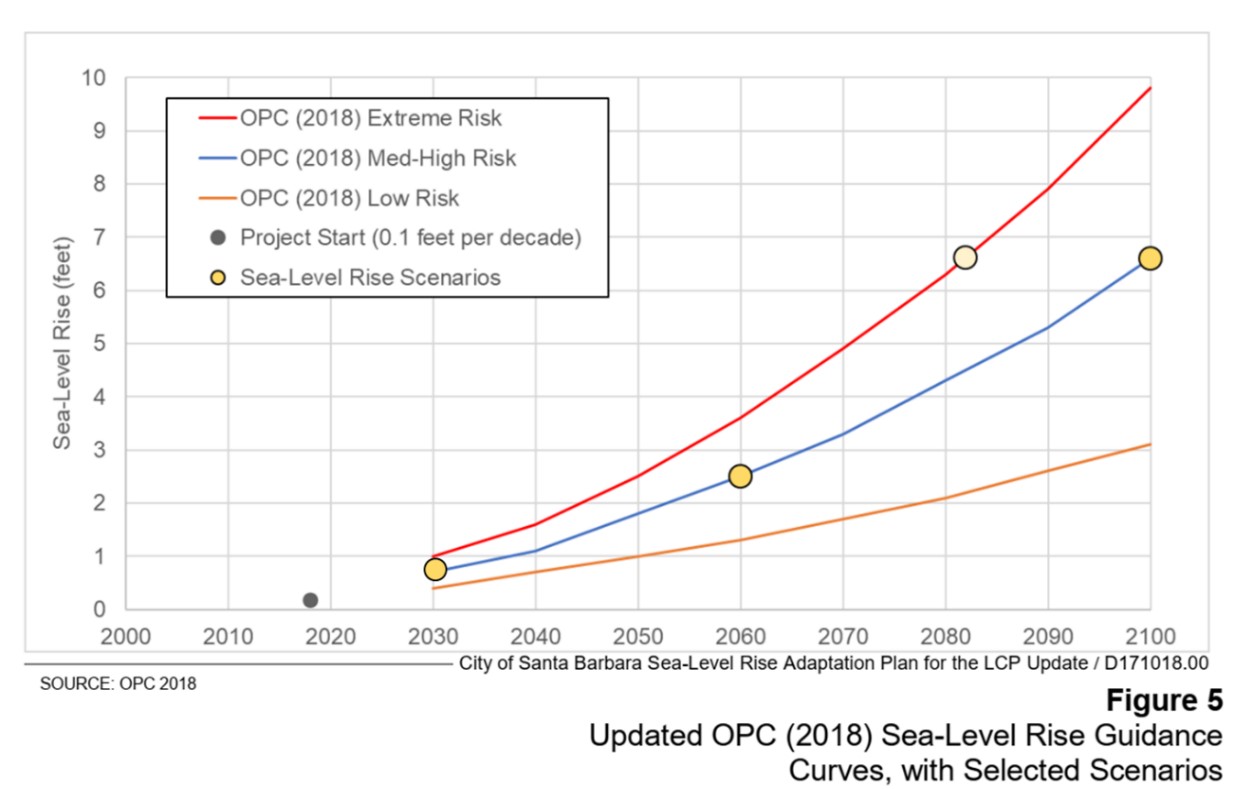