On November 16th, we celebrate Pearl Chase’s birthday.  As a little belated birthday celebration, we are featuring her Four Square style house constructed in 1904 that was lovingly restored in 2016 by the current owners (see below). The house features stunning leaded glass windows and beautiful shingle siding. The Chase family moved into the house in 1905, when Pearl Chase was 16 and she continued to live here until her death in 1979. 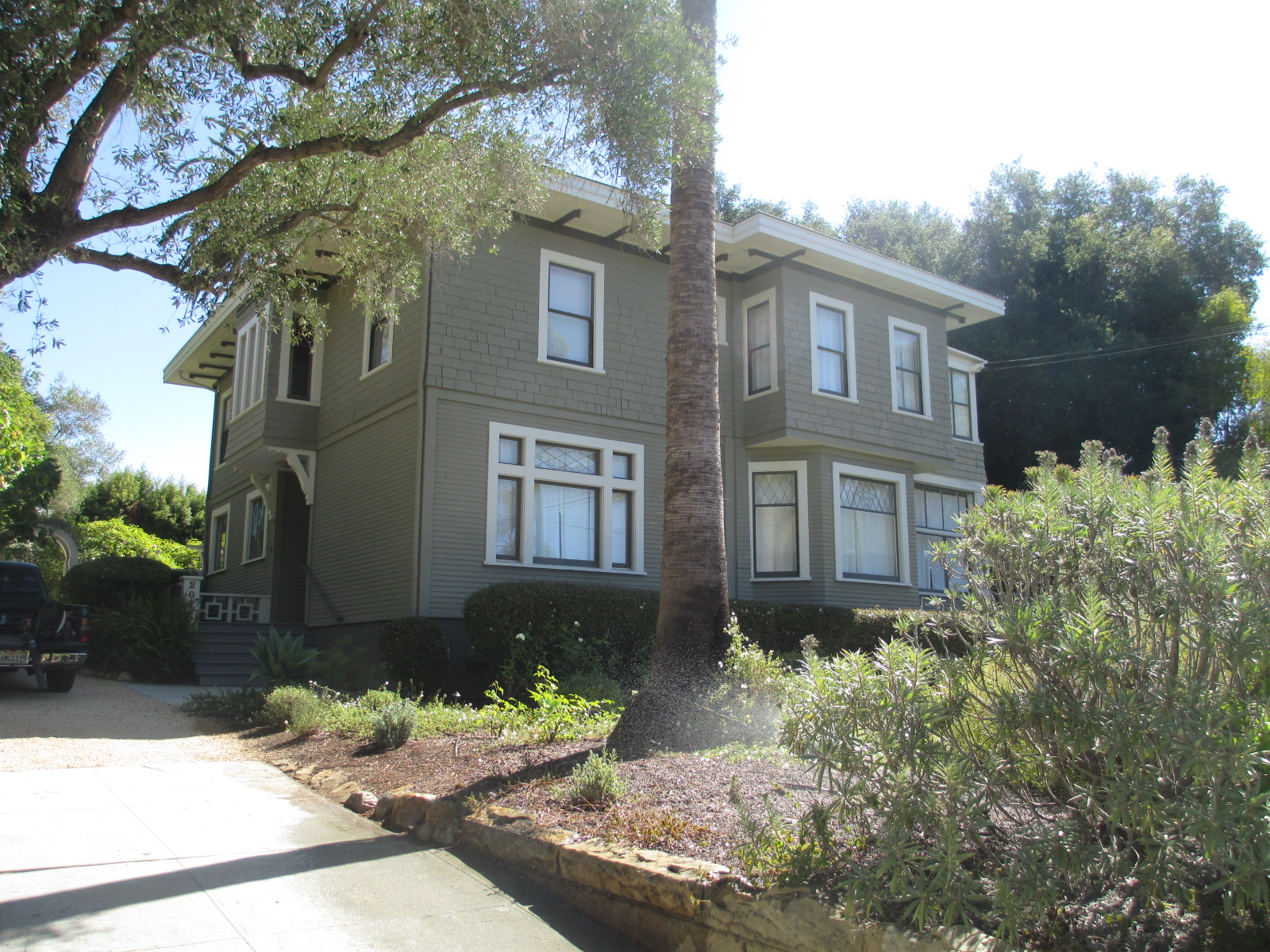 Pearl Chase was one of the most important community activists in Santa Barbara’s history. For over 60 years Pearl Chase devoted herself to the civic betterment of Santa Barbara. Many are aware of Pearl’s numerous contributions to civic improvements, the arts and historic preservation, including being one of the founding members of the Plans and Planting Committee of the Community Arts Association, one of the founders of the Santa Barbara Trust for Historic Preservation and one of the principals instrumental in helping to change the architectural character of Santa Barbara. She was also a leader in the Small House movement in the 1920s and an advocate for small quality housing for under-represented communities. 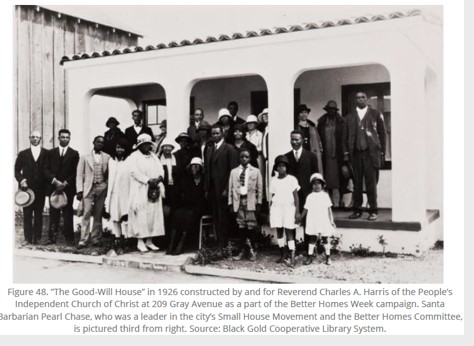 At the top is a photograph of Pearl Chase, courtesy the Pearl Chase Society web page and above is a photograph of her with members of the black congregation of the People’s Independent Church and a model small house they constructed called the Good Will House in 1926 for the Better Homes in America Committee. For us, November 16th is a day of appreciation for Pearl Chase's contributions to the City of Santa Barbara.