Santa Barbara Trolley will be providing three open-air trolleys. The shuttles will pick up attendees at the Canon Perdido Garage (Lot 2), the Granada Garage and Library Garage (Lots 6 and 7), and the Ortega Garage (Lot 10) and will arrive at State St. and Yanonali St. near the train Depot, which is a one-block walk to the Parade route. The free shuttles will run in a loop up Chapala St., across Victoria St., and down Anacapa St. to the beach side of State Street from 10 a.m. to 5 p.m. in 10 to 15 minute intervals (see graphic for locations of shuttle pick-ups).

“We combined local efforts to create a transportation route that is accessible for all ages,” said Public Works Downtown Team Manager Brian Bosse. “With the parade coming back after a year’s hiatus, we wanted to ensure the community members and tourists who will be parking downtown will have the option to take a shuttle to and from the parade route.”

In addition to the shuttle service, the City is also adding temporary bike parking racks in and around The Hotel Californian plaza, which is located on State St. and Mason St., to accommodate alternative transportation.

To pay-by-phone for the Downtown Parking lots, visit www.santabarbaraca.gov/ParkandPay. 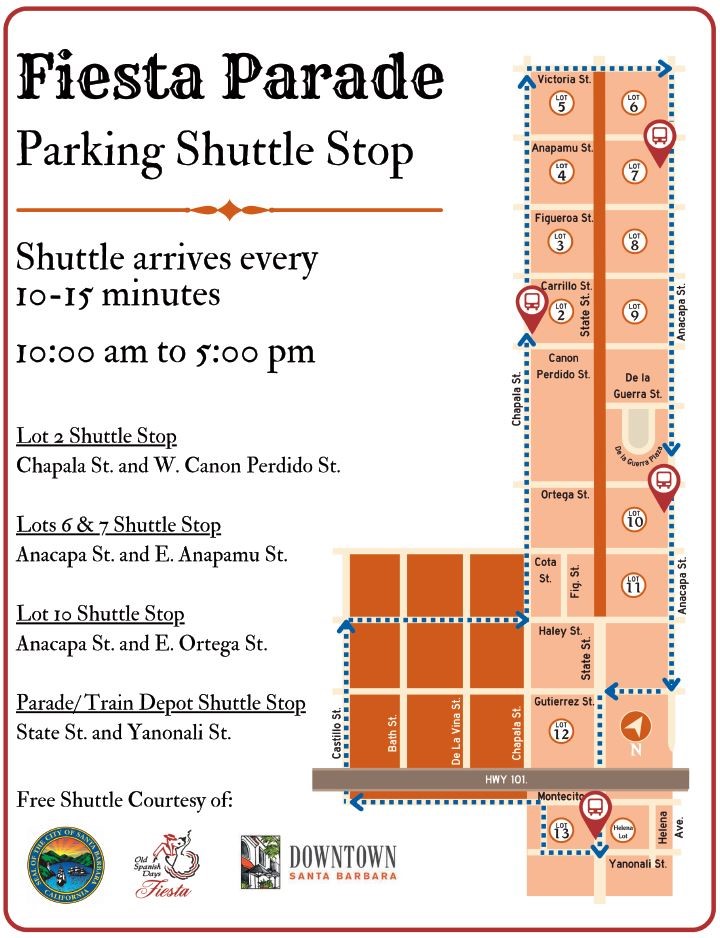